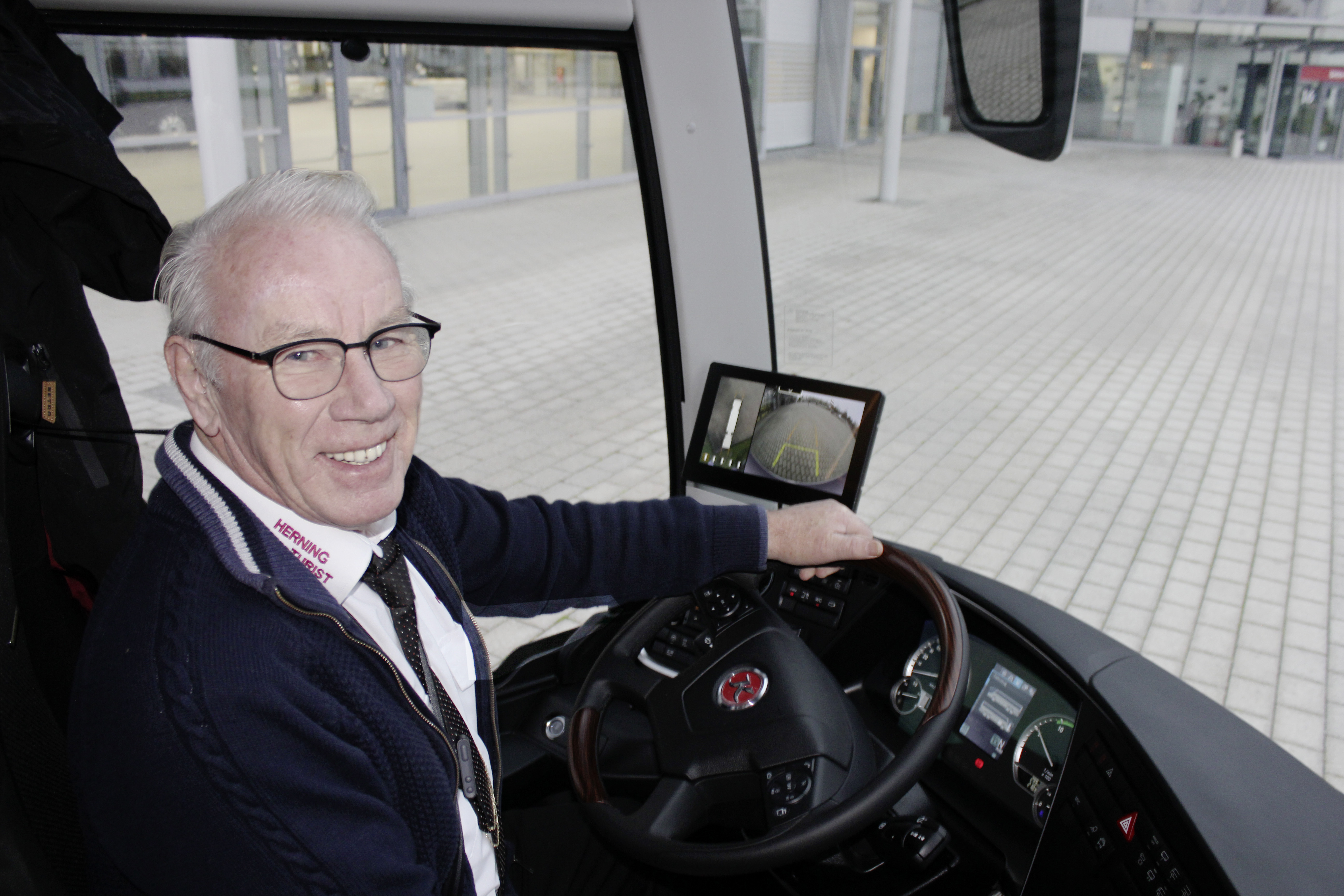 The vehicle had been secretly ordered by Ronny and Rune Gasbjerg who run the family business (founded in 1980) from Herning in Denmark. But the new coach was handed over to their father, Aage Gasbjerg, who had no idea what was happening. He was under the impression they were invited by Setra for a factory visit. Instead he received a Setra TopClass. Being still an active driver himself, he, his sons and the S 517 HDH, the family embarked on the 1,000-kilometre journey home – indeed with Aage Gasbjerg at the wheel. The new Active Drive Assist 2 feature is on board the three-axle vehicle, which will be used for tours throughout Europe. The system keeps the vehicle in lane at a set position, using continual steering interventions. Aage Gasbjerg noted: “The new driving assistants and brake systems make the driver’s work so much easier and I look forward to my first tours with customers on this coach.”