Probably the last large order in 2022 is given to Solaris. The Romanian Municipality of Bucharest (Municipiul Bucuresti) has ordered on 29 December 100 Solaris Trollino 12 trolleybuses. The contract value is almost 60 million euros. The vehicles will arrive in the Romanian capital at the end of 2024.

The Bucharest Municipality (Municipiul Bucuresti) has selected Solaris as the supplier of 100 trolleybuses through a tender process. The 12-metre-long Trollino buses will be delivered to the Romanian capital, within 22 months from the date of signing the contract. The purchased zero-emission vehicles represent yet another investment by Bucharest in improving the quality of life in the city. The trolleybuses will be handed over by the city to the transport company STB SA (Societatea de Transport Bucuresti), which will perform transport services for the city and its residents.

The 12-metre trolleybuses will be powered by a 160 kWh traction motor. They will also be fitted with a Solaris High Power batterie with a capacity of 60 kWh, which will enable them to cover distances of up to 20 km at a time without connection to an overhead wires. The traction batteries will be recharged both en route (via in-motion charging technology) and overnight at the depot. The Trollino trolleys will be equipped with air-conditioning, a monitoring system, passenger information system screens and USB chargers. 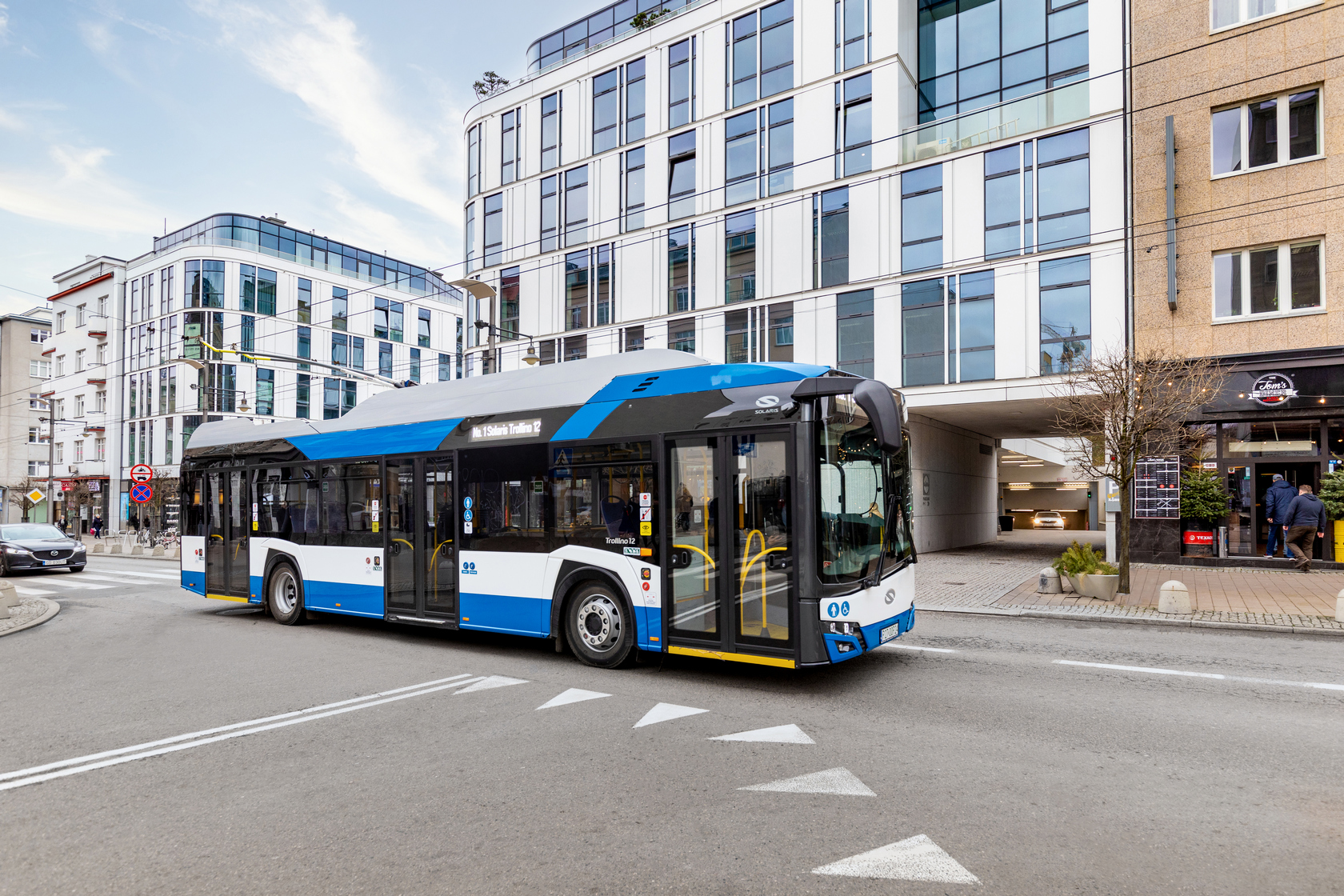 The vehicles will be able to carry up to 90 passengers at a time, 25 of whom can be seated. Bucharest is one of 8 cities in Romania with Solaris' zero-emission vehicles - trolleybuses and electric buses. Since 2002, the manufacturer has already delivered almost 500 buses to the Romanian local transport operators, including more than 180 vehicles of the Trollino series and more than 100 battery-powered Urbino electric.