Belgian bus and coach manufacturer Van Hool has won for its stand at Busworld 2019 the Platinum Prize in the category ‘best stand at a transport event’. The prize was awarded by the ‘World Exhibition Stand Awards 2021’. It is the highest recognition possible.

Seventeen professionals judged several hundred exhibition projects in 34 categories. Because of Covid-19 the competition was extended over two years instead of one year.

For this third edition of the ‘World Exhibition Stand Awards’ Van Hool's stand designer Creaplan had entered the design of Van Hool's Busworld 2019 stand were it showed three world premieres. Creaplan is a Belgium design agency and has been working since 8 years for Van Hool. To display these 3 brand new and 5 existing vehicle models, space was of the essence, as Creaplan describes in its brief to the judges. The second condition this brand new Van Hool stand needed to have, according to Van Hool's instructions, was 'a welcoming hospitality environment and enough separate desk space for sales staff'. 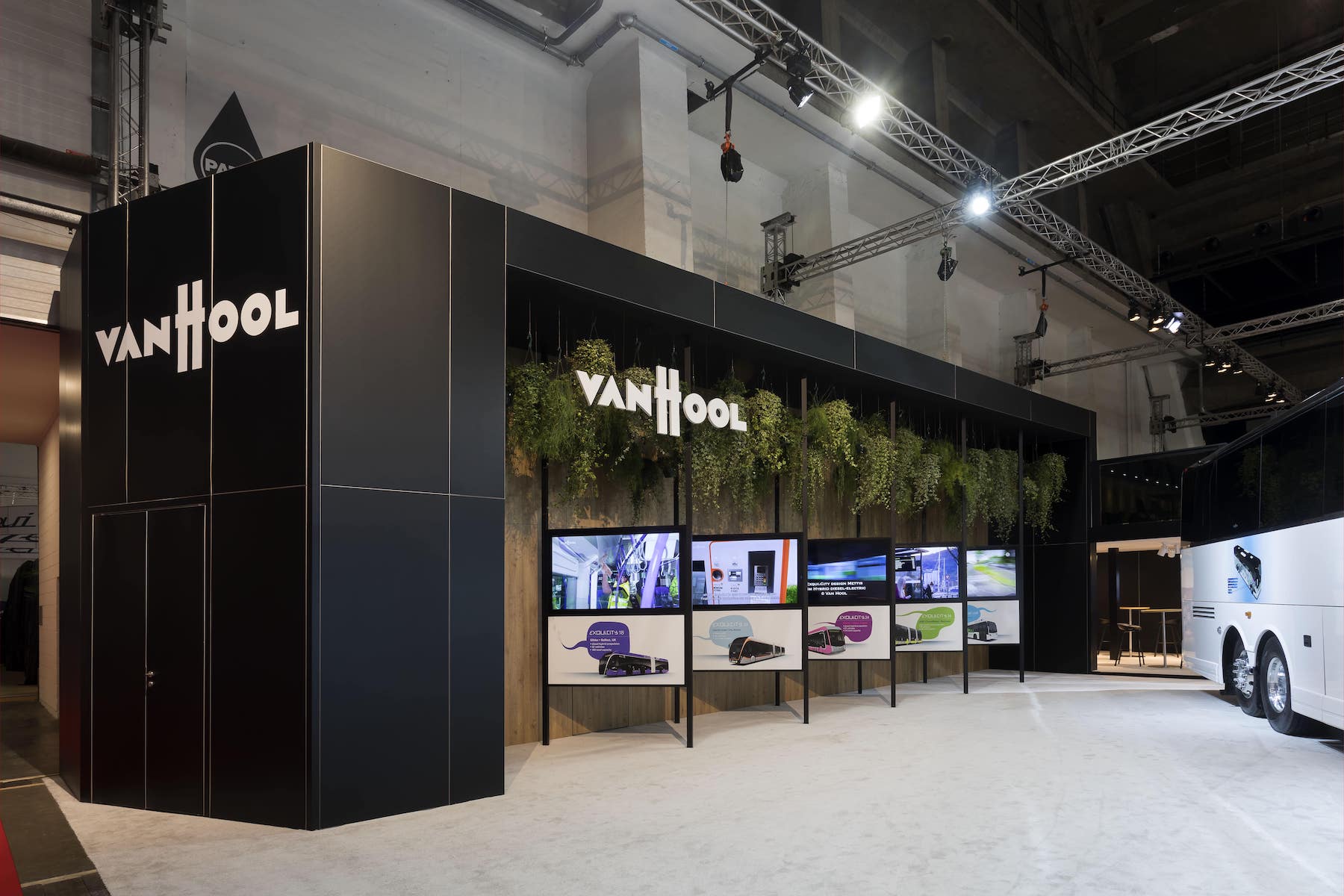 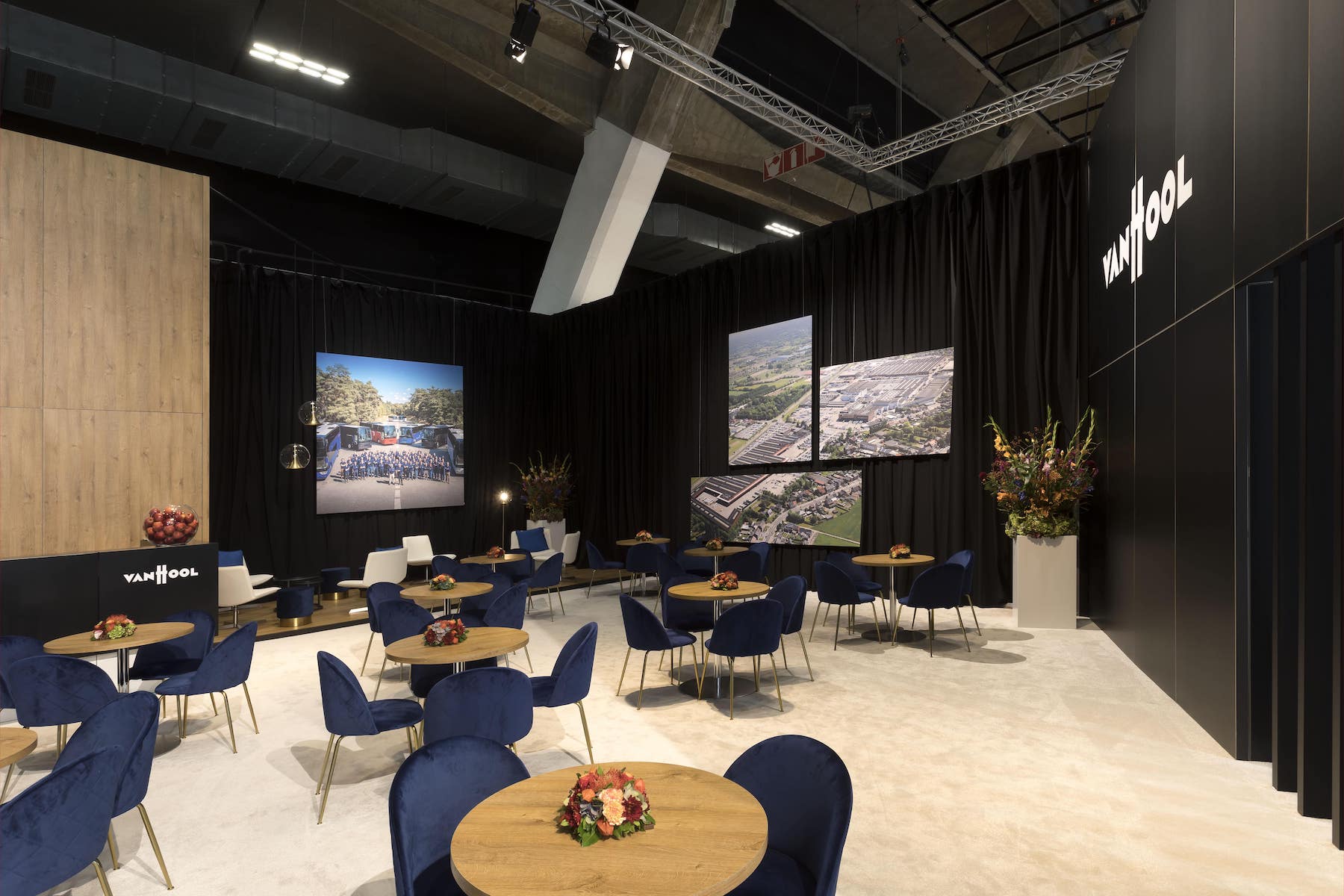 Another important aspect was that Van Hool’s sense of craftsmanship should be clearly visible and that it is a Belgian family business. The booth offered space for multiple large inspiring visuals and LED walls to make visitors dream of travelling, as Creaplan describes. “We showcased Van Hool’s craftmanship by using lots of black and white visuals of their factory, focussing on the precision and skill of Van Hool as both supplier and vehicle manufacturer.

The reception area for guests is one of the eye catchers of the stand. We went for a cosy look and feel which reflects the warm character of the family business and the familiar way they treat their partners.

On top of the reception area we created a large mezzanine area from which customers had a beautiful view of the 2600 m2 stand. Throughout the booth we used high quality wood for a warm and stylish atmosphere. We added a touch of blue in the dining chairs, which links to the blue in the Van Hool logo.” 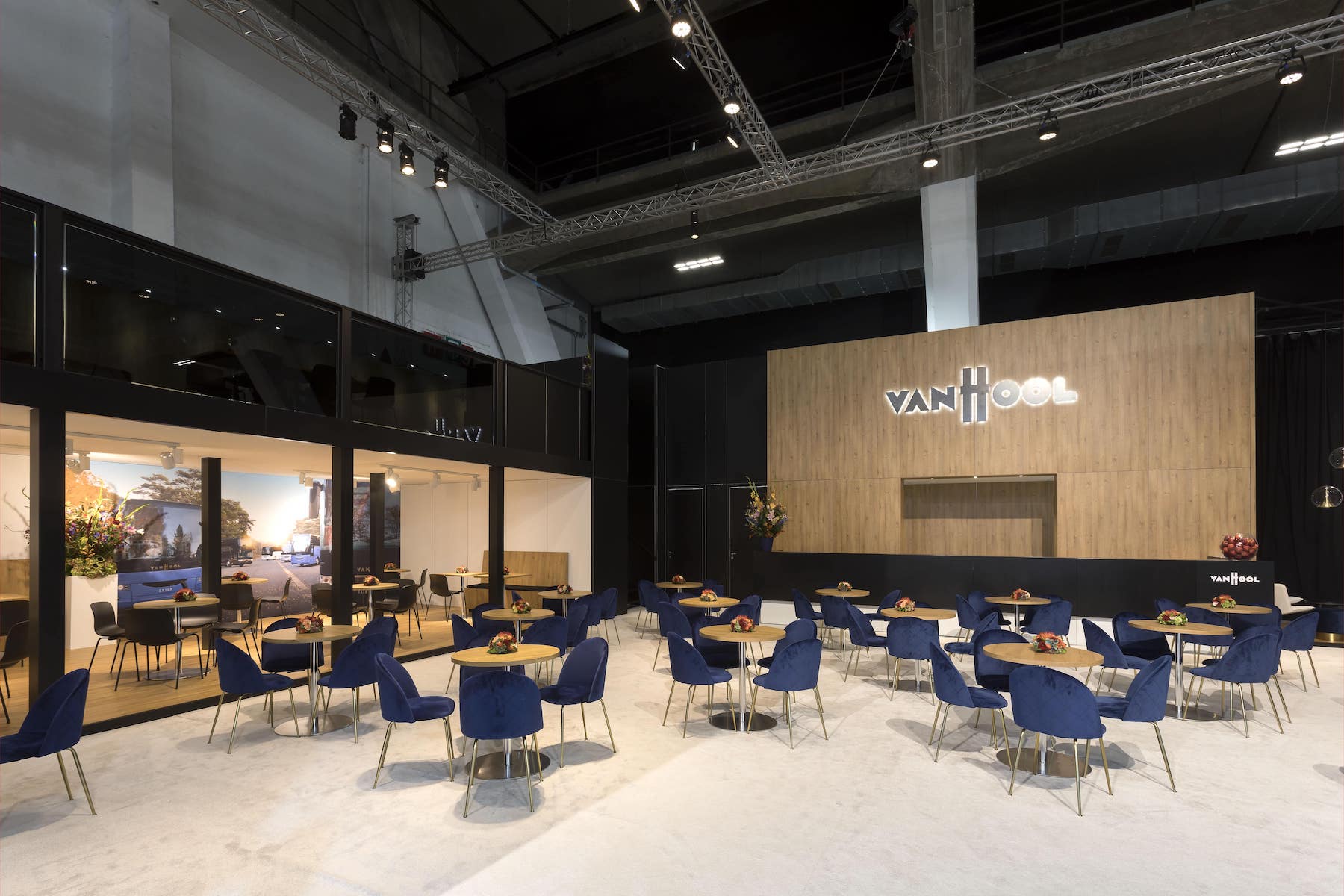 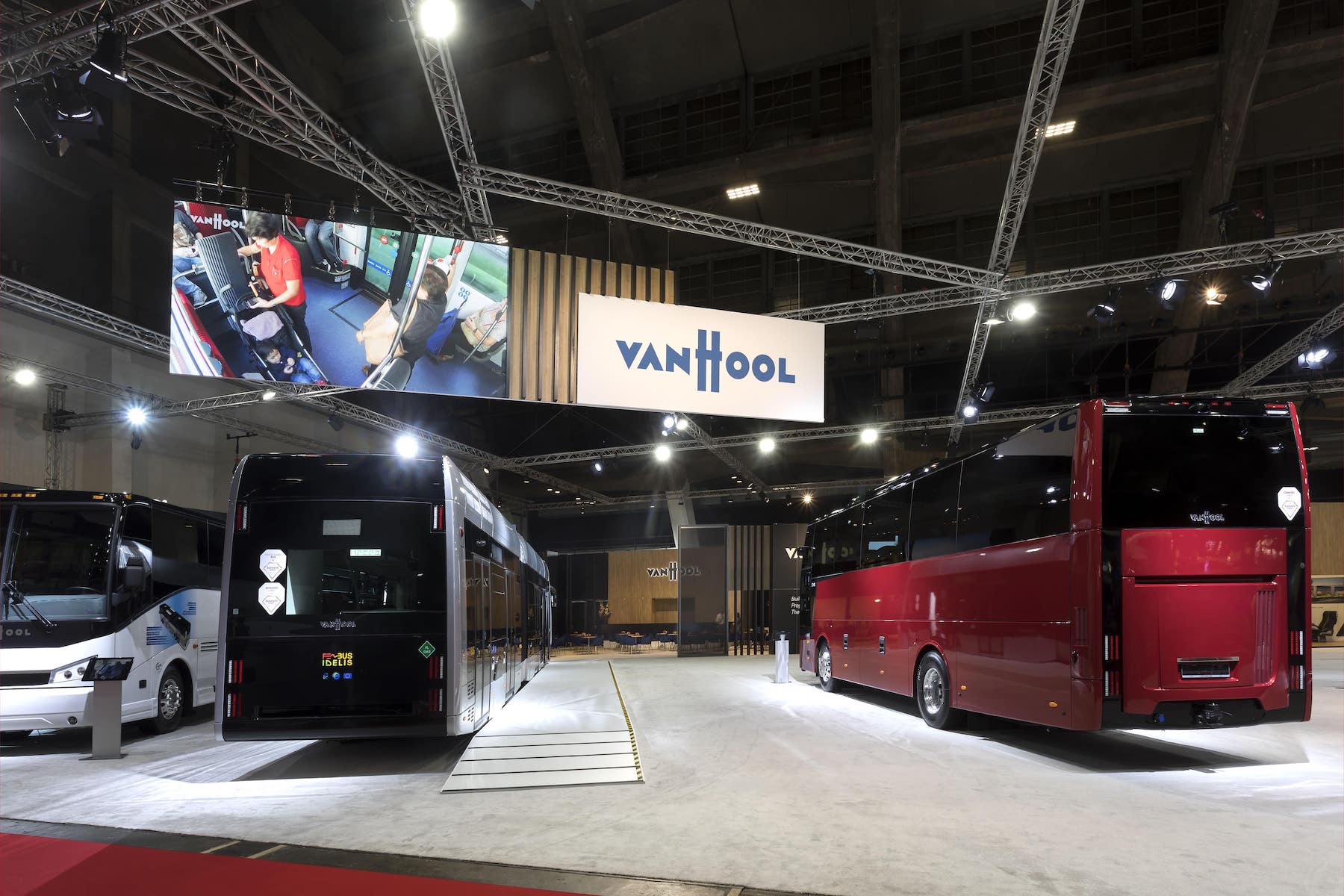