Solaris to deliver 10 MetroStyle trolleybuses to Arnhem in the Netherlands

Solaris and Dutch public transport operator Hermes, part of Transdev, have signed a contract for the delivery of 10 Trollino 18 trolleybuses in the MetroStyle design. The vehicles will make their way to Arnhem in the first half of 2024 and they will be the first Solaris trolleybuses to be deployed in the Netherlands.

Solaris has been working for many years with Hermes, a carrier which is part of the Transdev Netherlands group. Arnhem, a city of over 150,000 inhabitants and located at the Nederrijn river, is an important industrial, scientific and cultural centre. With the ten Trollino 18s buses Arnhem will expand its transport network between the University in the city and the University in the city of Wageningen. These will be the first Solaris trolleybuses in the Netherlands and are newly designed in the MetroStyle look. The first Solaris vehicle built in the new design was the Trollino 24, showcased at Busworld Europe 2019 in Brussels. “We are very proud that our Solaris Trollino 18 vehicles will arrive in Arnhem soon. This is the only Dutch city with an operating trolleybus system. We are therefore particularly pleased that its residents will soon be able to travel on board the

most modern Solaris trolleybuses”, said Wil Willems, Managing Director of Solaris Netherlands. The trolleybuses ordered by Hermes have traction batteries with a capacity of around 90 kWh and able to drive without being connected to overhead wires. The range is according to Solaris up to a few dozen kilometres. The batteries will be charged using the “In-Motion-Charging” system, directly while travelling using the overhead wires. The Solaris Trollino 18 trolleybuses will be equipped with a 240 kW electric motor. USB charging ports for mobile devices are mounted, a passenger information system, and a video surveillance system. Mobileye Shield+ warns the driver about any objects detected in the blind spot of the vehicle and he will have cameras that replaces the side mirrors. 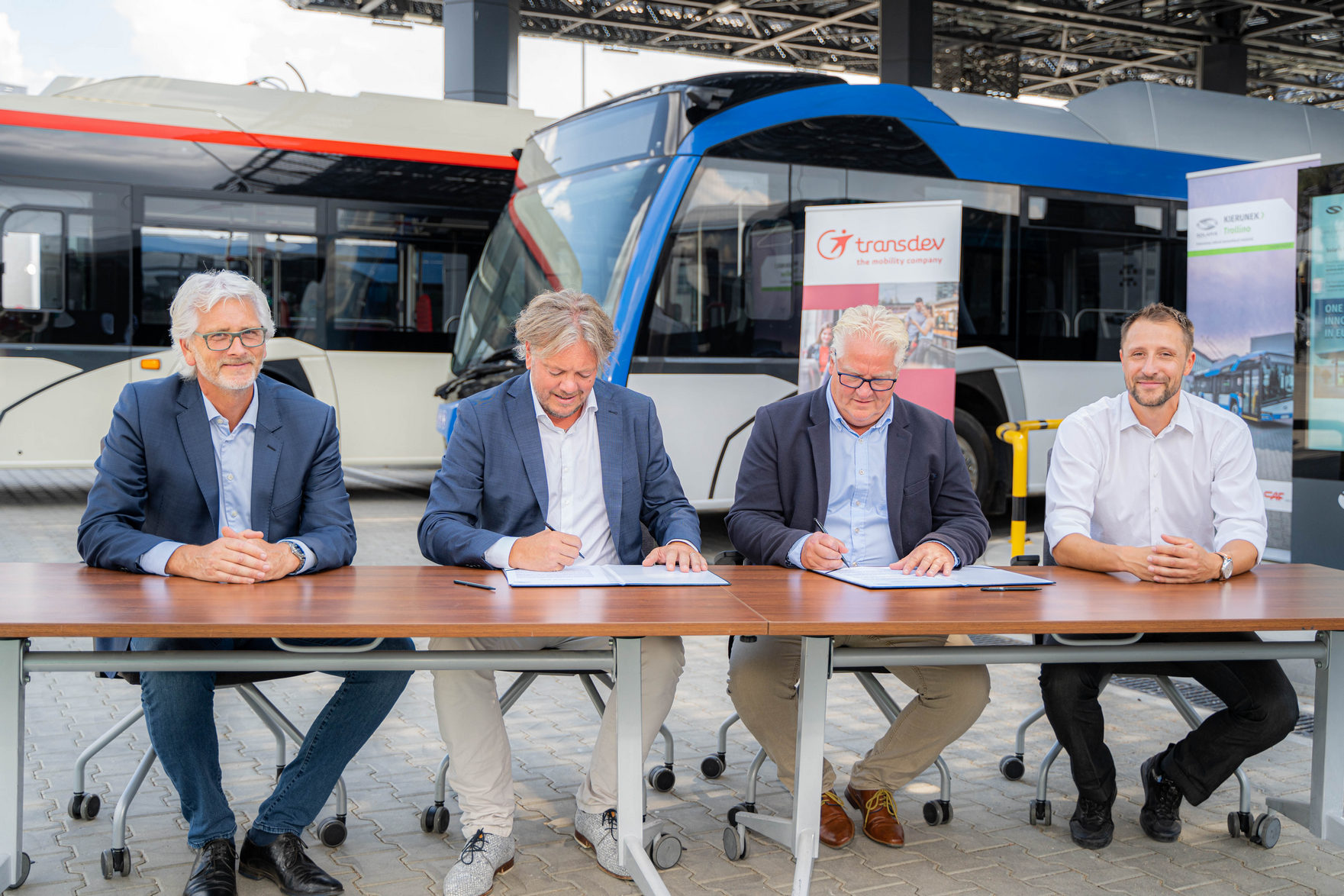 The first Solaris vehicles made it to the Netherlands in 2017 when Transdev placed an order for 40 articulated Solaris Urbino 18 buses. “We are very much looking forward to the next chapter in our collaboration with Solaris”, said Martijn Mentink, Executive Director at Hermes for the South-East Region. The fleet of Solaris in the Netherlands has been expanded by the addition of 26 more vehicles, including 16 hydrogen buses.