Operator MPK in the Polish city Wroclaw has opted for the delivery of 11 electric Mercedes-Benz eCitaro G articulated buses, the electric variant of the classic Mercedes-Benz city bus. To make pedestrians and cyclists more aware of the silent eCitaro, the bus is equipped with the Acoustic Vehicle Alerting System (AVAS) that generates an artificial background noise up to a speed of 30 kilometres per hour, similar to that of a fuel-powered vehicle.

The Citaro, which provides the platform for the eCitaro, has been familiar to the population of Wroclaw for years. The eCitaro g offers them ergonomic arrangement of seats and handrails, a space for strollers and wheelchairs, an air conditioning system, a passenger information system with several monitors, integrated ticket machines and card terminals as well as USB ports for charging mobile devices. In addition, the eCitaro buses are equipped with a fire alarm system in the drive compartment as standard. Nickel-manganese-cobalt batteries (NMC) of the second-generation offers a capacity of 396 kWh. This battery technology is equally suitable for depot and high-power charging. In the

future, vehicles will be charged using a pantograph both in the depot and on the routes. The heating and air conditioning system is based on a CO2 heat pump connected to a water circuit. The heat pump reduces the energy consumption compared to electrically operated side wall heaters with blowers, by which the operating range increases in winter. The eCitaro has an intelligent thermal management, which as Mercedes-Benz claims “has a significant positive influence on the operating range both in summer and winter”. The thermal management system integrates an automatic temperature control system for the interior and battery temperature management. 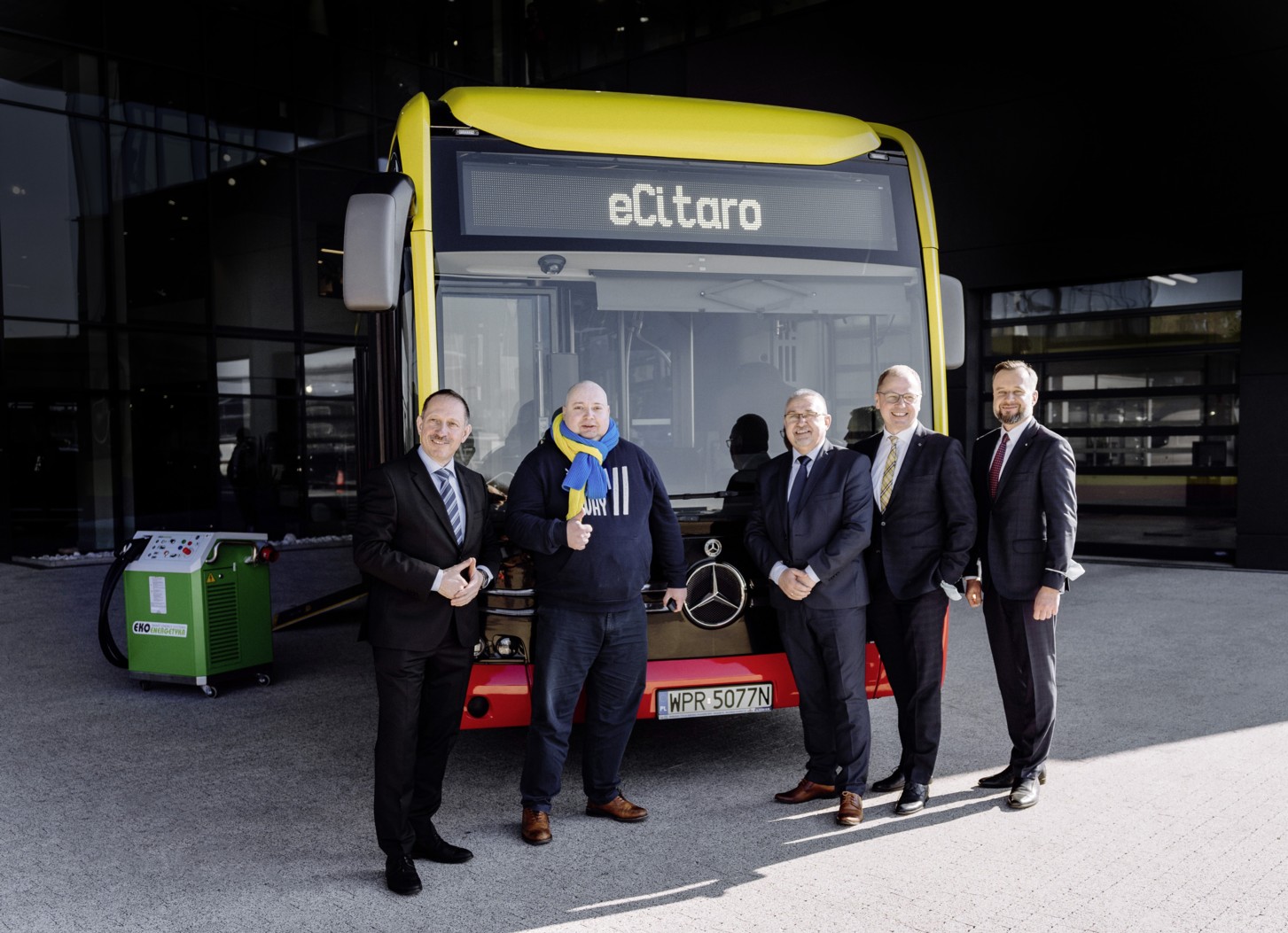 Representatives of MPK Wroclaw and EvoBus Polska, in the presence of the Chairman of the City Council of Wroclaw, Sergiusz Kmiecik, and Roman Biondi, Head of Sales Daimler Buses, concluded a contract on March 8, 2022. The official signing took place in Wroclaw at the headquarters of the Mercedes-Benz service partner, the Wróbel Group. The vehicles are to be delivered the third quarter of 2023.