Belgium order for 60 e-buses from Van Hool and VDL

Belgium public transport operator De Lijn ordered 60 electric buses from Van Hool and VDL Bus and Coach. This order is the next step in De Lijn's greening program to make the entire fleet and associated infrastructures emission-free by 2035. Also De Lijn ordered charging infrastructure from Spie-Ekoenergetyka and Heliox. These orders are funded through NextGenerationEU, the EU's Covid recovery plan.

According to De Lijn Van Hool and VDL emerged as the best-placed tenderers in the public tender procedure, in which 11 candidates took part. They best met the award criteria and offered the best value for money in terms of total cost of ownership (TCO), autonomy between charges, technical quality and look & feel. As the best-ranked tenderer, Van Hool is allowed to supply 36 units, VDL will be responsible for 24 e-buses. Delivery is planned for the last quarter of 2022. This order involves an amount of almost 28 million euros. For Van Hool it is one of the very first orders for their new electric city bus the company announced recently. The 24 e-buses VDL Bus and Coach is to deliver are of the type New generation Citea LF-122 type in a two-door and a three-door variant. The e-buses have a 490 kWh battery pack and are suited for city and regional transport. 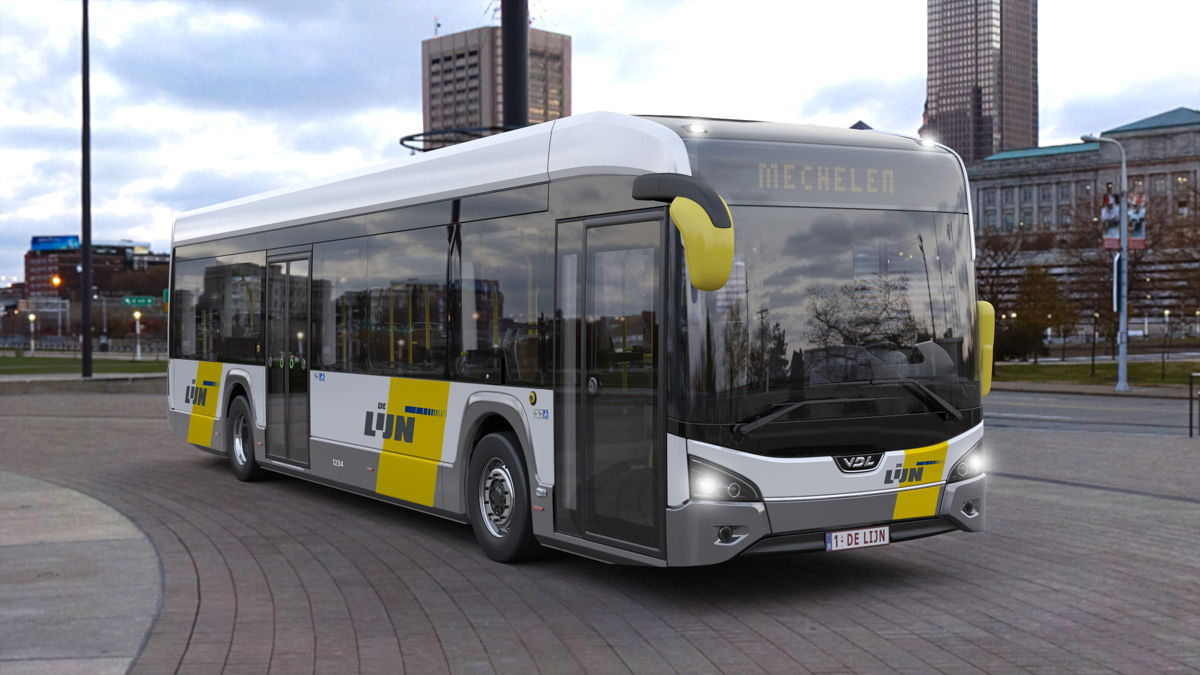 With the order for 24 new generation Citeas the milestone of more than 1,000 VDL buses operating under the flag of De Lijn throughout Flanders – the Dutch speaking part of Belgium - and Brussels has been reached.

This e-bus order fits in the greening of public transport in Flanders, as Minister of Mobility and Public Works of Flanders, Lydia Peeters, explains. “A few weeks ago, the Flemish government presented an ambitious Climate Plan, in which public transport plays an important role. In order to achieve the climate objectives, we must fully focus on sustainable travel in Flanders.” The second part of the investment De Lijn is doing concerns the order for associated charging infrastructure from two suppliers, Polish Spie-Ekoenergetyka and the Dutch company Heliox. Both suppliers will install and commission half of the order each. This charging infrastructure will ensure that the first e-buses and e-hybrids can be charged at their depots.