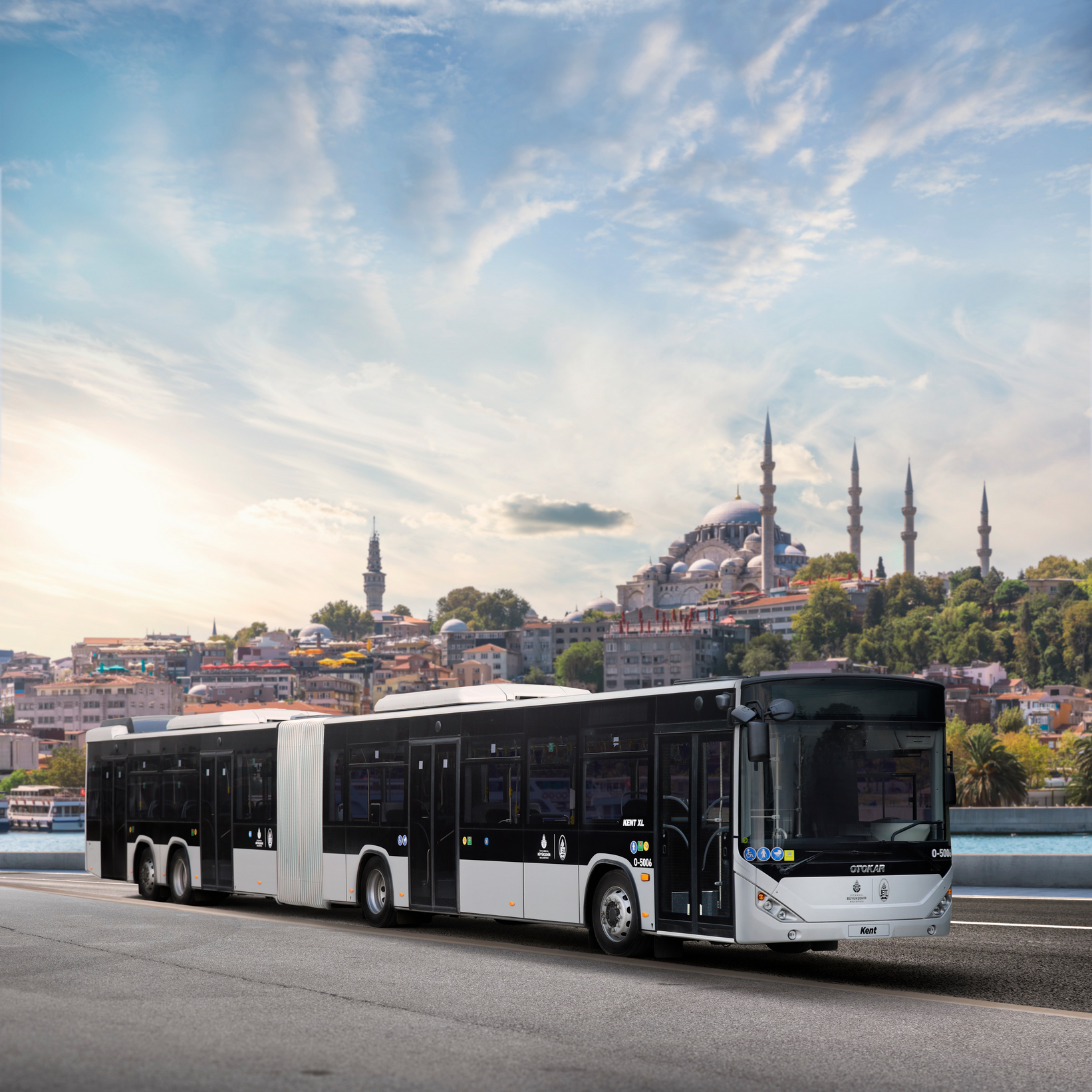 Otokar's new articulated Metrobuses can accommodate up to 200 passengers and will operate on the dedicated 52 km long express bus lane in Istanbul called Metrobüs. It is a rapid low cost bus service for the city's inhabitants traveling east to west and vice versa. It is the first transcontinental BRT in the world connecting Europe with Asia. Metrobüs follows largely the hilly ring of the city. Istanbul Metrobuses transport a total of about 1,000,000 passengers per day. The maintenance of the articulated buses will be carried out by Otokar in collaboration with the local DAF dealer. The 100 Euro 6 PACCAR MX-11 engines ordered by Otokar deliver 270 kW/370 hp and a torque of 1900 Nm at 900 rpm. According to DAF the flat torque curve guarantees a smooth ride and should offer passengers maximum comfort, even on the hilly bus lanes of Istanbul. Kerem Erman, Director of Otokar Commercial Vehicles: “Thanks to the efficiency, longevity, low fuel consumption, high safety and comfort of the vehicles, the commissioning of the new Metrobuses marks a new era in Istanbul's public transport system.” Otokar chose the DAF-built PACCAR engines because of the low maintenance costs. The service interval of only one maintenance per year also ensures maximum availability of the vehicles. DAF Components is a supplier of components such as engines, axles and cabs to bus, coach, special vehicle and ship manufacturers worldwide. It is a subsidiary of DAF Trucks which is owned by PACCAR Inc.