Hungarian manufacturer Ikarus has delivered two of its 120e electric city buses to operator Kaposvári Közlekedési Zrt in the city Kaposvár. Ikarus won the contract which includes delivery of charging equipment in September last year. The Ikarus 120e is a joint development between Ikarus and the Chinese manufacturer CRRC. It is a redesign of the IC 1211 U of which the CRRC-derived headlights are still there but all front panel elements are designed and manufactured by Ikarus. 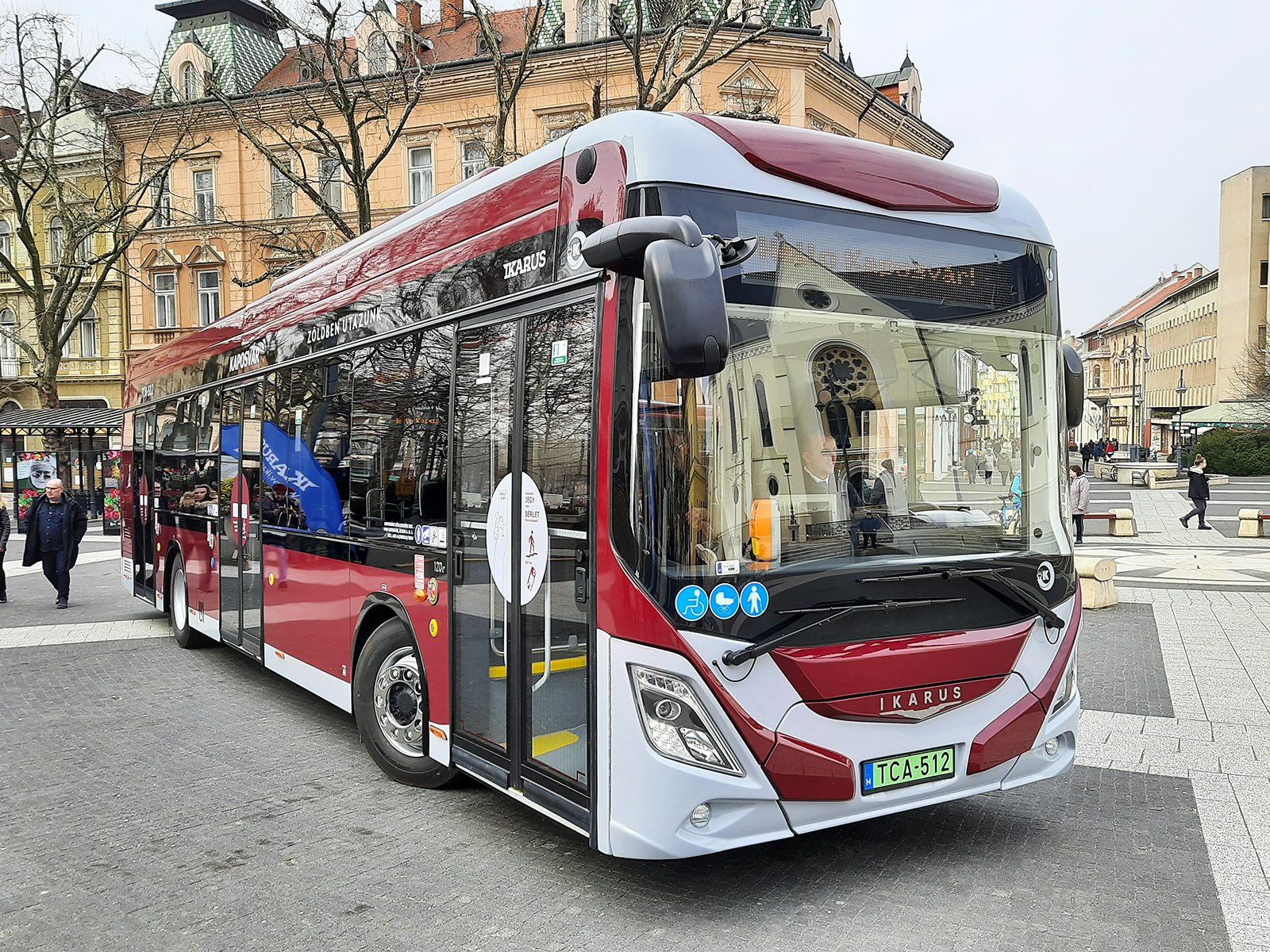 The handover ceremony was attended by Dr. László Palkovics, Minister of Innovation and Technology, Károly Szita, Mayor of Kaposvár, Attila Gelencsér, Member of Parliament for the region, and Gábor Széles, chairman of the Ikarus Group. Dr. László Palkovics said that the aim of Hungarian transport policy is to renew the Hungarian bus fleet in ten years. Off the 8,000 buses in Hungary about 2,000 have been replaced so far. Within the framework of a tender to be announced by the end of March another 350 electric buses will soon be available in Hungary. The country aims to be carbon-neutral by 2050 and that by 2030, 90% of the electricity generated domestically will come from carbon-free sources. The current largest solar park in Hungary with a total capacity of 100 MW operates in Kaposvár. 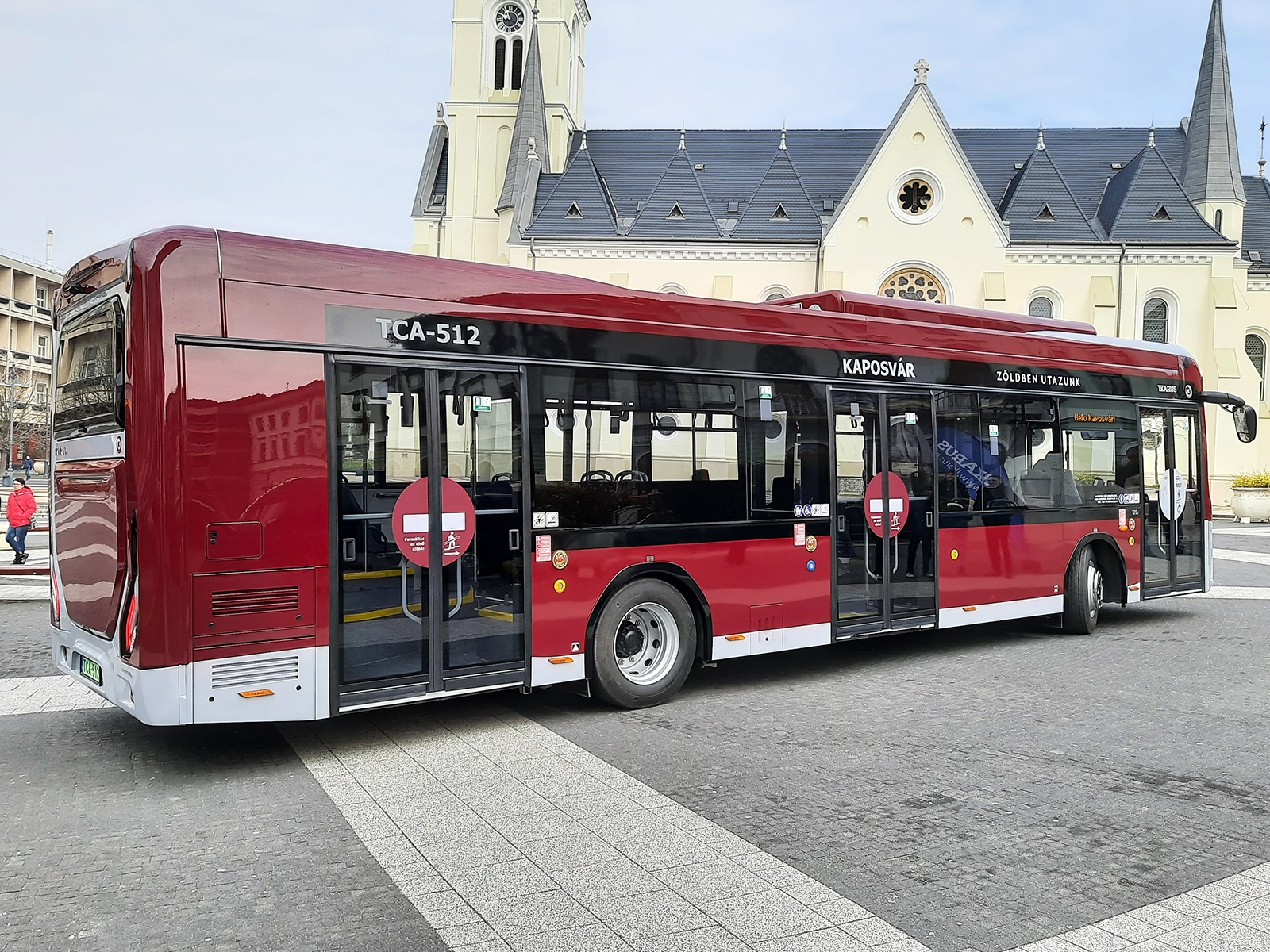 Three pneumatically operated planetary doors give access to the interior of the 120e. At the second door, a manually operated ramp leads to a rear-facing wheelchair space facing it. There is a total capacity of 28 + 2 (folded) seated and 55 additional standing passengers and one wheelchair user. In addition to speaker passenger information in- and outside the bus, information can be displayed on a color TFT monitor. USB sockets are available. A safety camera system consists of three camera's in the passenger compartments, a traffic monitoring camera and a reversing camera. A Valeo air conditioner is available. The side glasses are products of the Turkish Uğurlu Glass, but Ikarus said that it is already looking for the right Hungarian supplier. The driver's compartment is semi-enclosed and the driver has a adjustable ACTIA Podium 2 instrument panel. 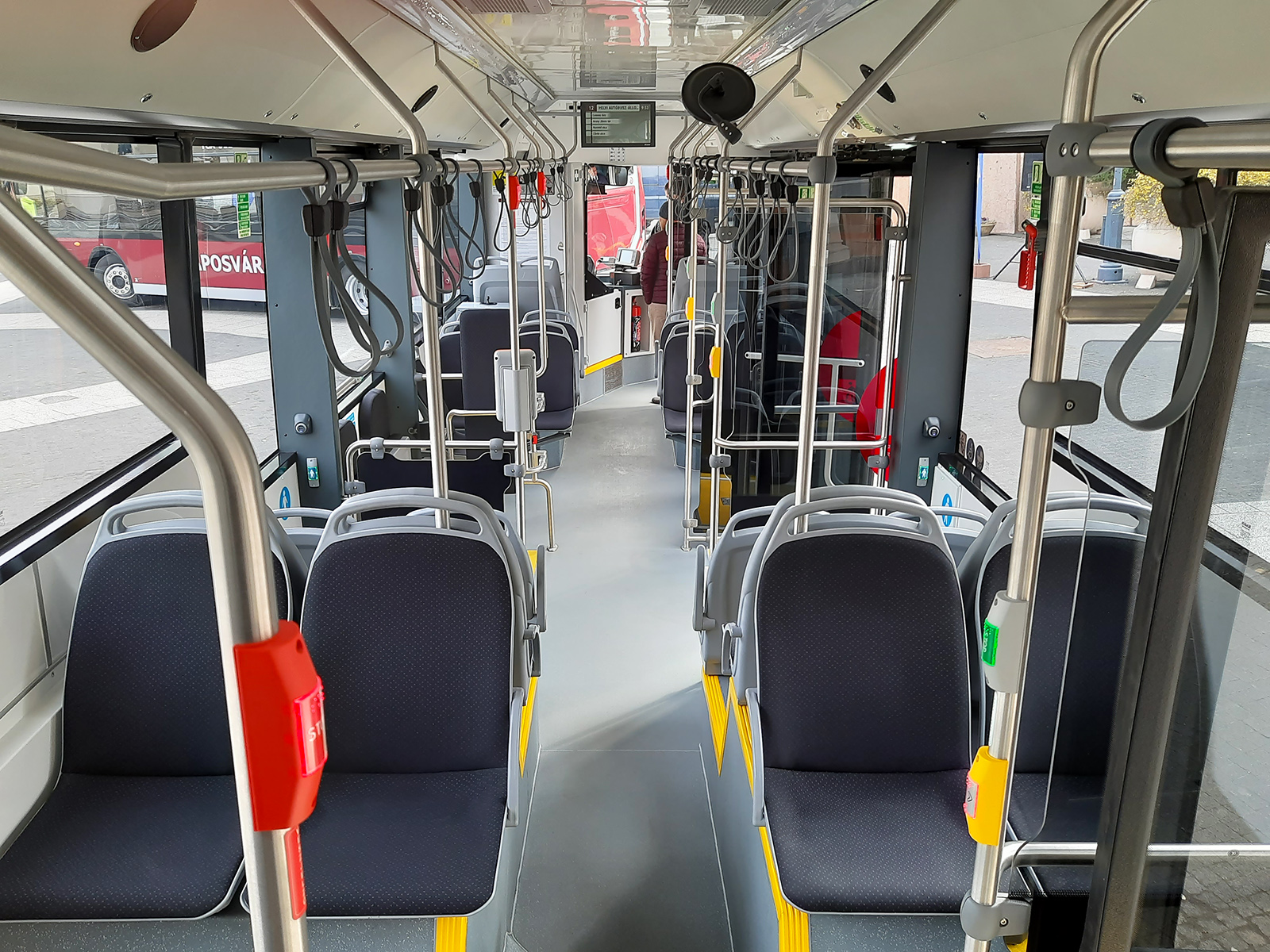 The Ikarus 120e electric bus has a lithium iron phosphate (LFP) battery pack from CATL with a capacity of 314 kWh. Six of the battery modules are located on the roof and the remaining four units are located in the rear. With this, buses can cover up to 300-350 kilometres on a single charge. Ikarus has a warranty of 8 years or 3,000 charge cycles for traction batteries and a 16 year for body rust. A total of four plug-in charging stations were installed at the operator's site - two slow overnight and two fast chargers. The buses are powered by the CRRC's centrally located t-Drive-MD2021 permanent magnet synchronous electric motor (165 kW) driving the ZF AV 133 gantry. The stainless steel frame structure of the buses is made entirely in Hungary as also the on-board electrical and software system. This Kaposvár version of the Ikarus 120e has a ready-to-drive weight of 12,660 kg and a maximum rolling weight of 18,600 kg. Kaposvár is the second city where Ikarus's electric buses are in operation, the first such unit currently transports passengers between Budapest and Csömör.